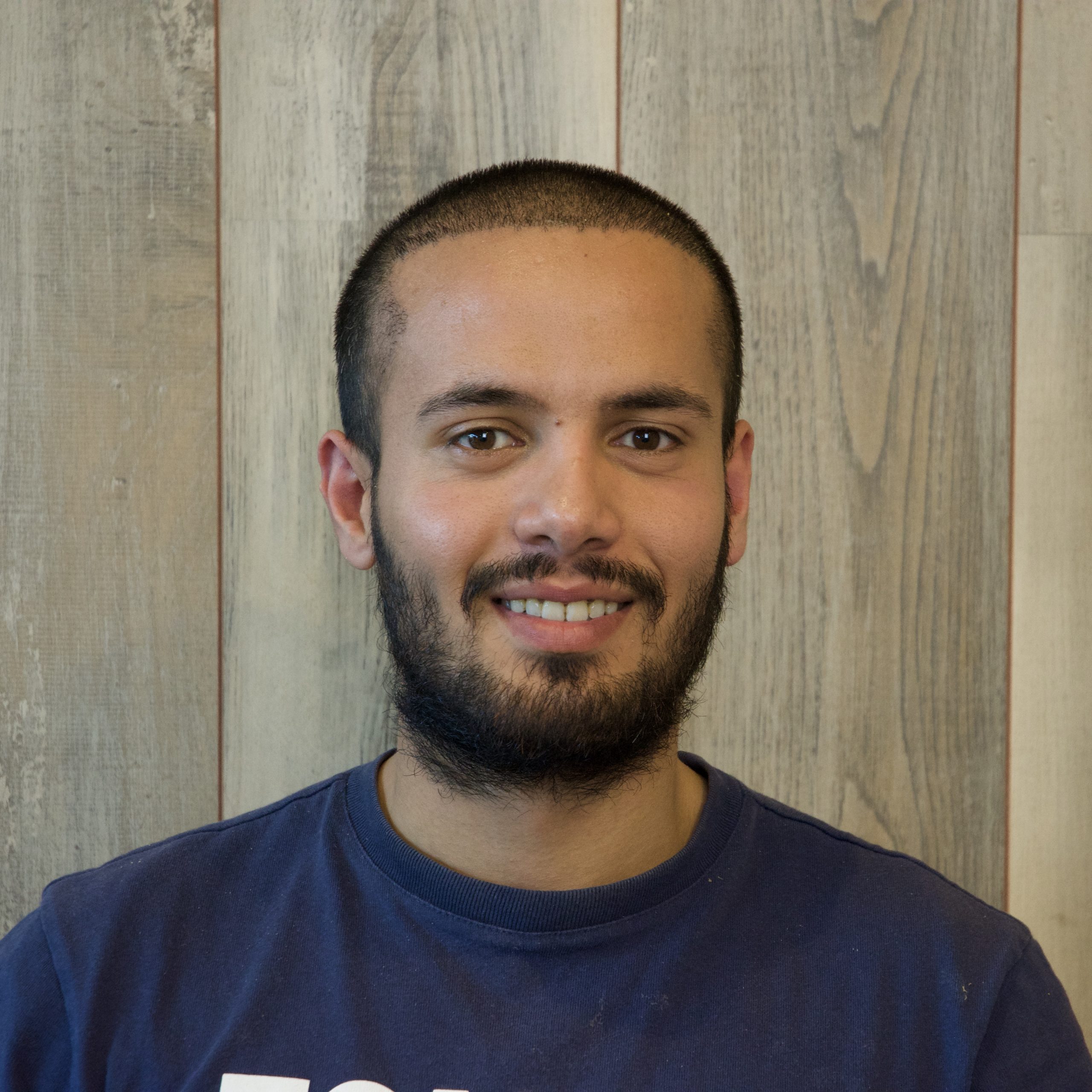 Ali is 24 years old and works as a Community Builder at Startblok Riekerhaven. Last year he graduated: MBO IT where he was educated for working at a service desk. He doesn’t know if he wants to do something with his study. ‘’I’m only 24 years old. Maybe I want to study something else next year, but it’s also possible that I find a nice job in IT and I’m open to all the possibilities.’’ Besides his job as a Community Builder Ali works at a bar at the Zuidas. He always goes to work by bike. He’s had multiple previous jobs, but this is his first time working in the hospitality business. ‘’I love to try new things. What I like most about my job is working with my colleagues. Even if the work itself isn’t always fun, my colleagues make sure I have a great time.’’ He spends his spare time in one of the two gyms close to Startblok where he goes every week. He does fitness and takes boxing classes. He also likes to listen to music and loves to read Arabic self-help books. ‘’I really like to read books about life which motivate you to be thankful for this life.’’ Before Ali started working as a Community Builder, he’s done all kinds of jobs. One of those jobs was at the maintenance team at Startblok. ‘’We had to replace water taps and showers or fix problems regarding electricity. In the beginning of Startblok the maintenance team helped building the treehouse.’’

Ali has been living at Startblok Riekerhaven since the beginning of the project and came here through the municipality of Amsterdam. What he likes most about the project are the people, parties and activities. Something he enjoys every year are the big New Year’s Eve parties at Riekerhaven. ‘’All of Startblok gathers and together we light fireworks. Even people from outside of Startblok come to our parties. It’s always busy and ‘gezellig’.’’