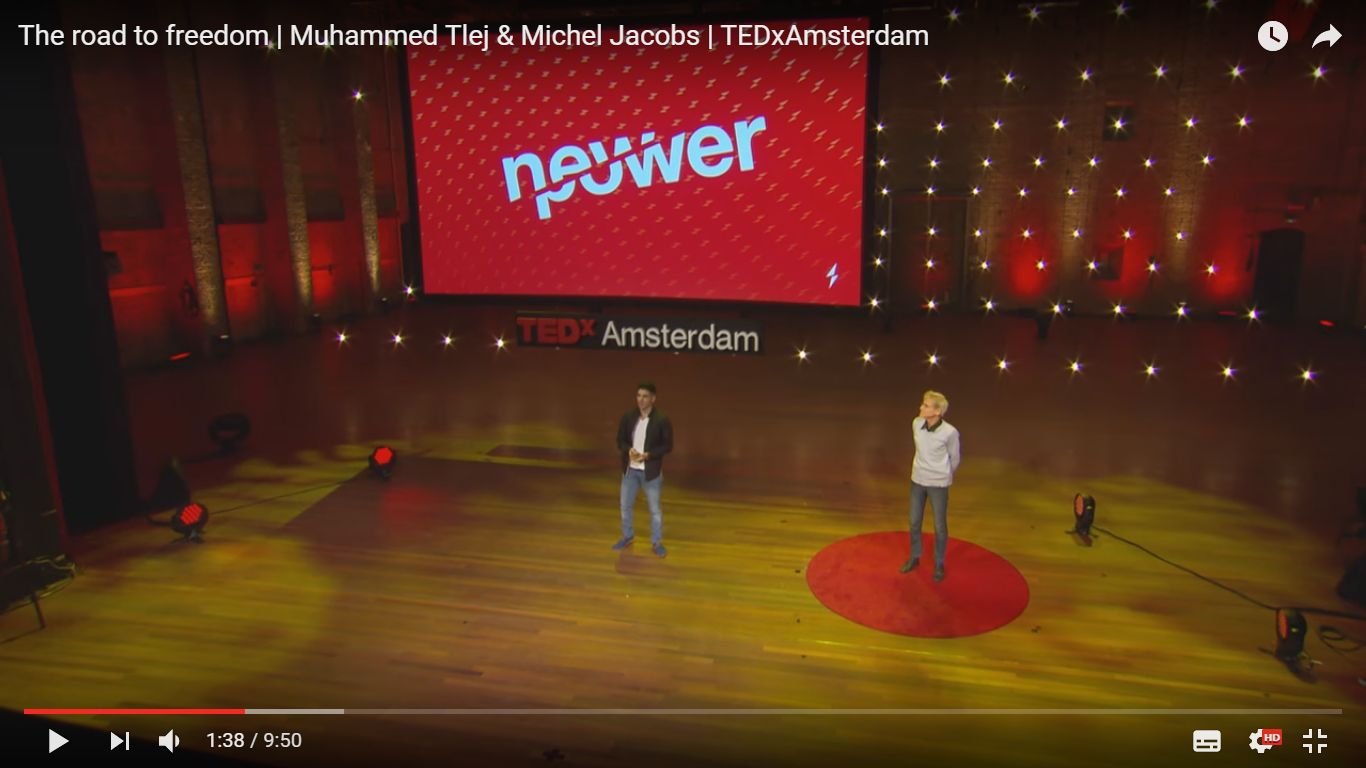 We are proud! Together with Michel Jacobs resident Muhammed Tlej spoke at TEDxAmsterdam. Muhammed met Michel via Takecarebnb, an organisation who looks for housing for status holders when they’re still living in the asylum centre after they got their permit. A while ago there was already an article about this.

Now Muhammed has a studio in Startblok Riekerhaven since July. Together with Michel he spoke at TEDxAmsterdam about the integration of status holders in the Netherlands. Powerful, inspiring and a clear message. Watch it yourself: