Visiting the neighbours part I 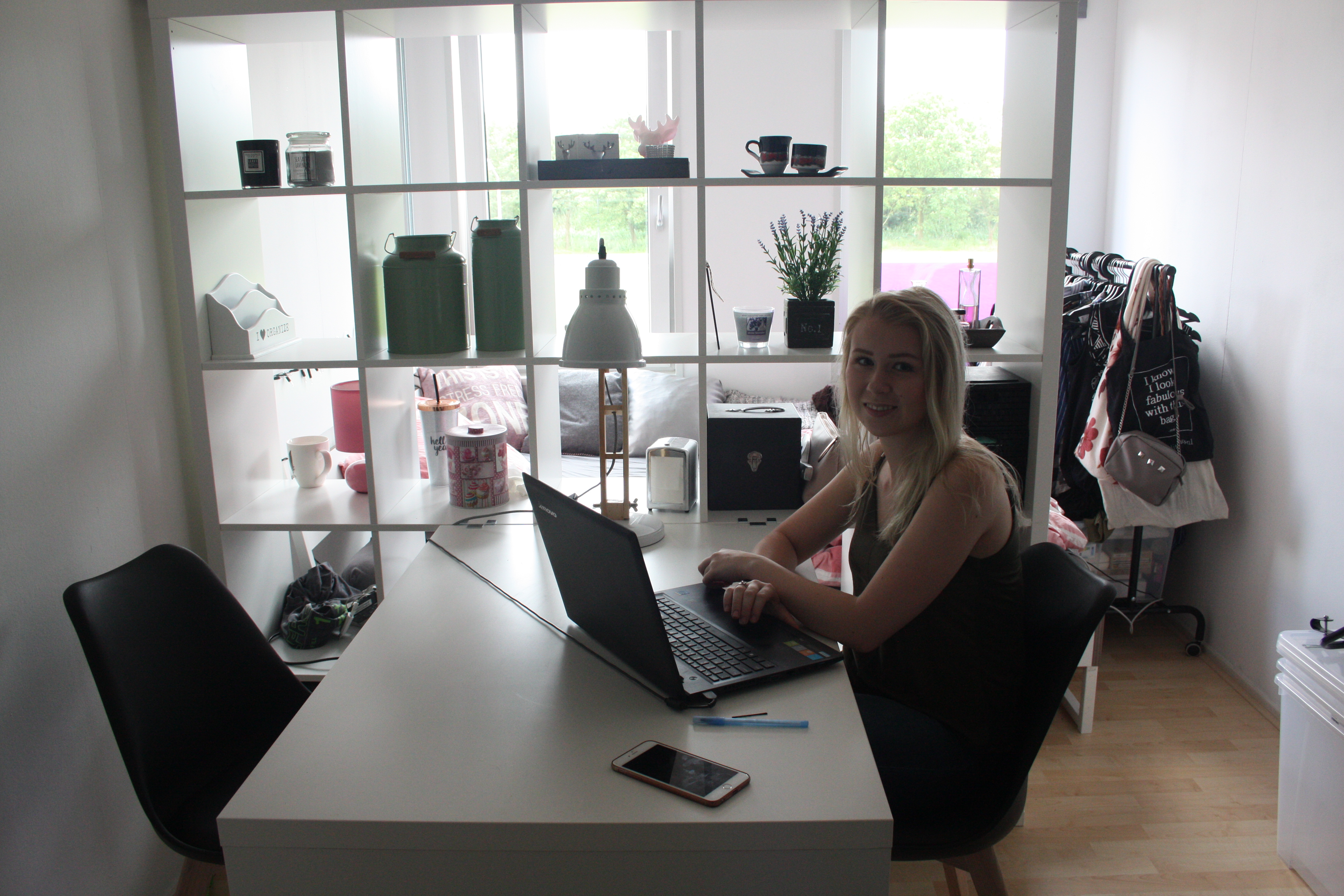 ‘This is the first time that I’m going to live on my own. Because of my study in Amsterdam I was searching for a home and then I saw this! I think the project’s really good and I’d like to help status-holders. With our hallway we have a Facebook- and WhatsApp-group, if there are any questions, there are always people answering them. Even though you cannot communicate with everybody because of the language, I feel like home here.’ 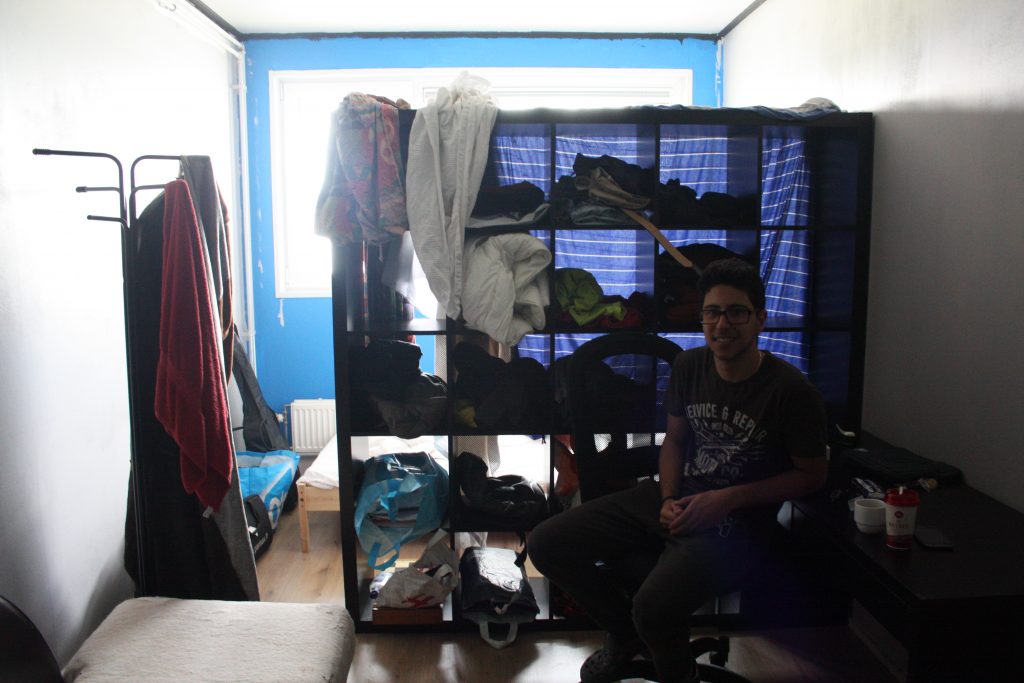 ‘I’m from Syria and I’m in The Netherlands since September 2015. When I was moving, a lot of people, old and new friends, helped me, that felt good. The first night in Startblok felt really weird; everything was new, but it was nice as well. There’s a good vibe here and we have a lot of fun. In a few weeks I’m going to start a preparation-year at the Hogeschool of Amsterdam, to learn Dutch and follow extra subjects. After that I’d like to study ‘Machine development & production’.’ 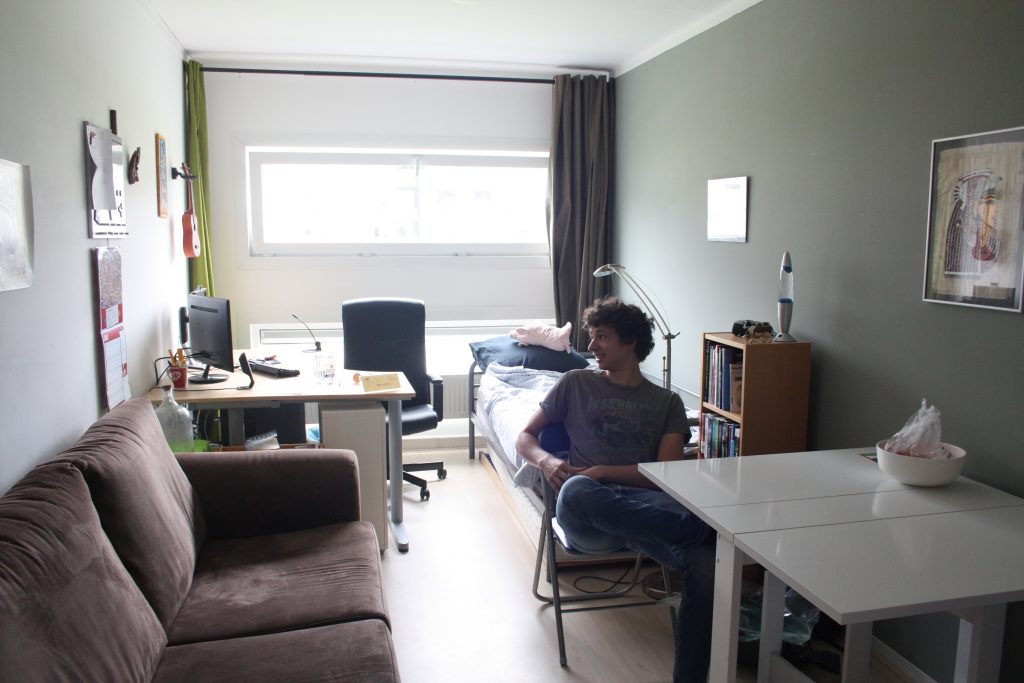 ‘Why I applied? I wanted to have my own kitchen… Before Startblok I lived at ACTA where you share your kitchen with eleven others. At a party I heard about Startblok, then I thought about it for a moment, but pretty soon I made up my mind. There’s a good vibe here, I think. In my hallway I have already a little bit of contact with the other residents; we have a WhatsApp-group and sometimes we talk with each other. Maybe later we can organize a BBQ to get to know each other better. But people can always knock on my door.’