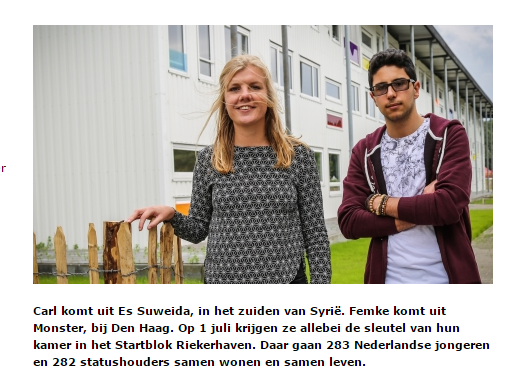 The municipality of Amsterdam played a big role in the preparation of Startblok. They also spoke to two residents: Carl from Es Suweida, Syria and Femke from Monster, close to The Hague.
Carl: “Es Suweida feels the same as Amsterdam. Only the weather is strange here. It doesn’t play by the rules of the seasons.”

Femke: “I liked the project immediately. It’s nice if you have a common room to watch tv there at night or have a chat with each other.

You can read the whole article (in Dutch) here.