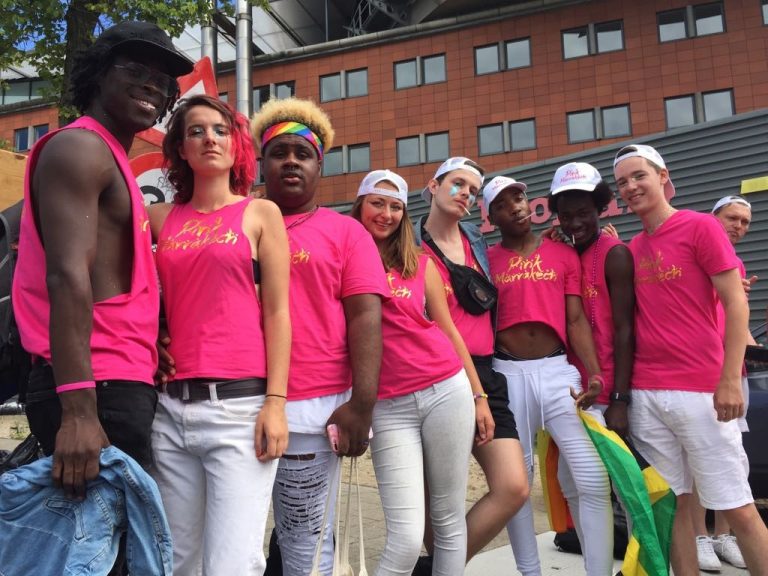 Having the freedom to be who you are is very important to us at Startblok. Freedom of sexuality and gender expression is a part of this! To realize this possibility for everyone, I (Louise Barendregt) and Jean-Pierre Fisher set up a queer community in Startblok. We are working hard to make this community strong and let it grow.

Nowadays, the term queer is increasingly seen on (social) media, television, posters, etc. Also at Startblok we use this term to build a community for people who belong to the queer-group. But what does it actually mean? In order to increase inclusivity in the conversation about diversity, the term queer is used instead of LGBTQI + *. With queer we mean anyone who does not identify as heterosexual and/or cis-gender*. At the bottom I have written a short explanation of all terms with an asterisk (*), these are words that may be unfamiliar to you!

Not everyone at Startblok is equally comfortable with their* sexuality and/or gender identity*. Therefore, in our queer community, we emphasize the arising of friendship and trust. This is important as it can excessively lower the threshold for self-acceptance. In addition, it is essential that the young people within the community become aware that they are not alone and that there is nothing wrong with them. This is already brings people a whole step closer towards being happy with yourself and thus your sexuality and gender identity.

A lack of knowledge about sexuality and gender identity can lead to misunderstanding, fear and violence. Within Startblok we notice that both the Dutch youth and the statusholders still have a lot to learn when it comes to sexuality and gender. In a fun, interesting, and educational way we try to involve non-queer people in events where queer topics are discussed. Our first event in preparation for the Amsterdam Pride, “What about Pride?” Was already a success with a mixed and positive turn-out!

Together with the members of our community we look what people need and listen to the input that everyone has. Through events and activities we try to spread as much awareness and knowledge as possible. Fortunately, we do not do this alone! Together with parties and organizations such as COC Amsterdam, Pink Nieuw-West and the Municipality of Amsterdam, we bring queer topict to the attention in a understandable and fun way.

We want to continue to grow and learn and are always looking for new partners, initiatives, ideas and members for our community. Do you have questions, comments or ideas? Mail us via info@startblok.amsterdam and we will contact you as soon as possible!

Gender identity – This refers to the gender someone identifies with, such as man, woman, genderqueer or genderfluid.

They/them – A gender neutral pronoun that can be used instead of he/she. Many genderqueer/gender non-binary people use this pronoun.

LGBTQI+ – Lesbian, Gay, Bisexual, Trans, Queer/Questioning, Intersex, and + stands for all other non-hetero and cis-gender people. This abbreviation often changes because letters are added to make the list more inclusive.