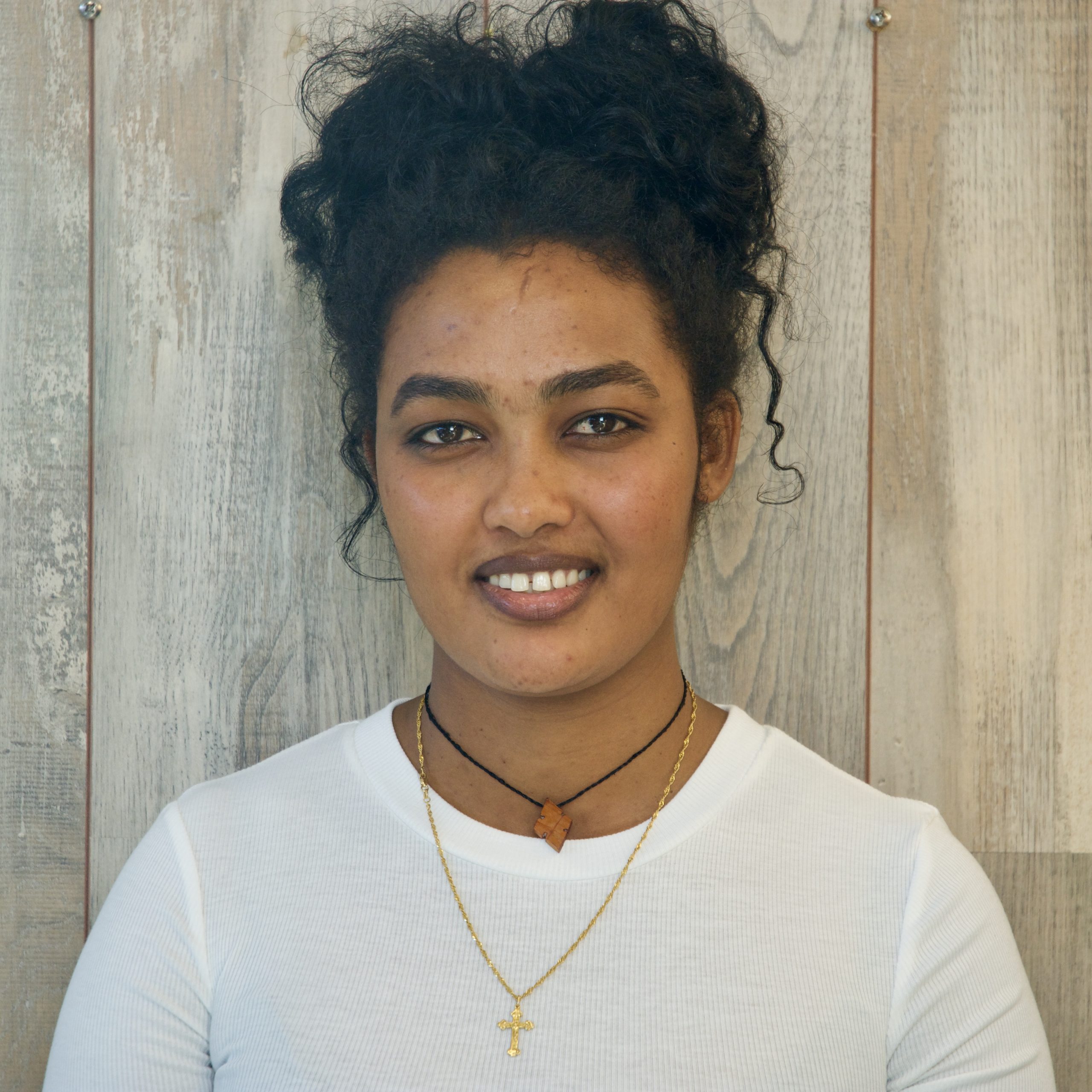 Zebib is 26 years old and just started working at Startblok Riekerhaven as a community builder. She finished the study Assistent Begeleiding. After that she studied Zorg en Welzijn Plus. In Februari she’ll start her third study: Verzorgende ig. Besides her job as community builder Zebib works in healthcare, both as an employee and as a freelancer. ‘’I work in home care. I help people with taking a shower, I take care of wounds and I prepare food. As a freelancer I work with disabled people. There I often have to change catheters and stomas.’’ Although her job is not always easy, she thinks it’s important to do it. ‘’Sometimes I think: these are some people’s parents. In Eritrea I learned to have respect for older people and to help them, that’s why I want to do this job. But I also like to help people outside my job. When I see a homeless person on the street I often think: before this, that person was just like us, just like me. If someone would help that person, it could better his life. When they ask me for money, I always try to give them some.’’

Zebib likes to do a lot of different things in her spare time. Fitness, watching a movie, reading books and what more. Her favorite stories are love stories, but she also likes to read books about the history of Eritrea. ‘’When I’m reading or listening, I’m completely taken away by the story. It’s like a video playing before me and sometimes it’s like I know the characters personally. I love that.’’ Before Zebib started working at Startblok, she had a lot of different jobs. She worked as a cleaner, waitress and as a factory worker. ‘’I worked in a lot of different cities, Almelo, Hengelo, Enschede, and many more. I really liked getting to know all these different people. It boosts your network, it’s good for practicing the language and you keep learning new stuff.’’

Zebib started living at Startblok Riekerhaven in November 2020. The social and cultural aspects of Startblok is what she likes the most about living here. ‘’In the village where I lived before I didn’t have any contact with my neighbors, but here I do. You can learn a lot from all the different cultures and it’s a good place to practice my Dutch.’’ Zebib says she already learned a lot since moving here. ‘’One time we were at the Nieuwe Meer with a group of Eritrean people. It was 11 in the afternoon and suddenly two Dutch people passed by. They said hi and stayed for a chat. Later on more people joined and it was a great night. I asked myself if I would walk up to a group of people that I didn’t know. I don’t think so, but because I saw other people do it I might do it in the future.’’