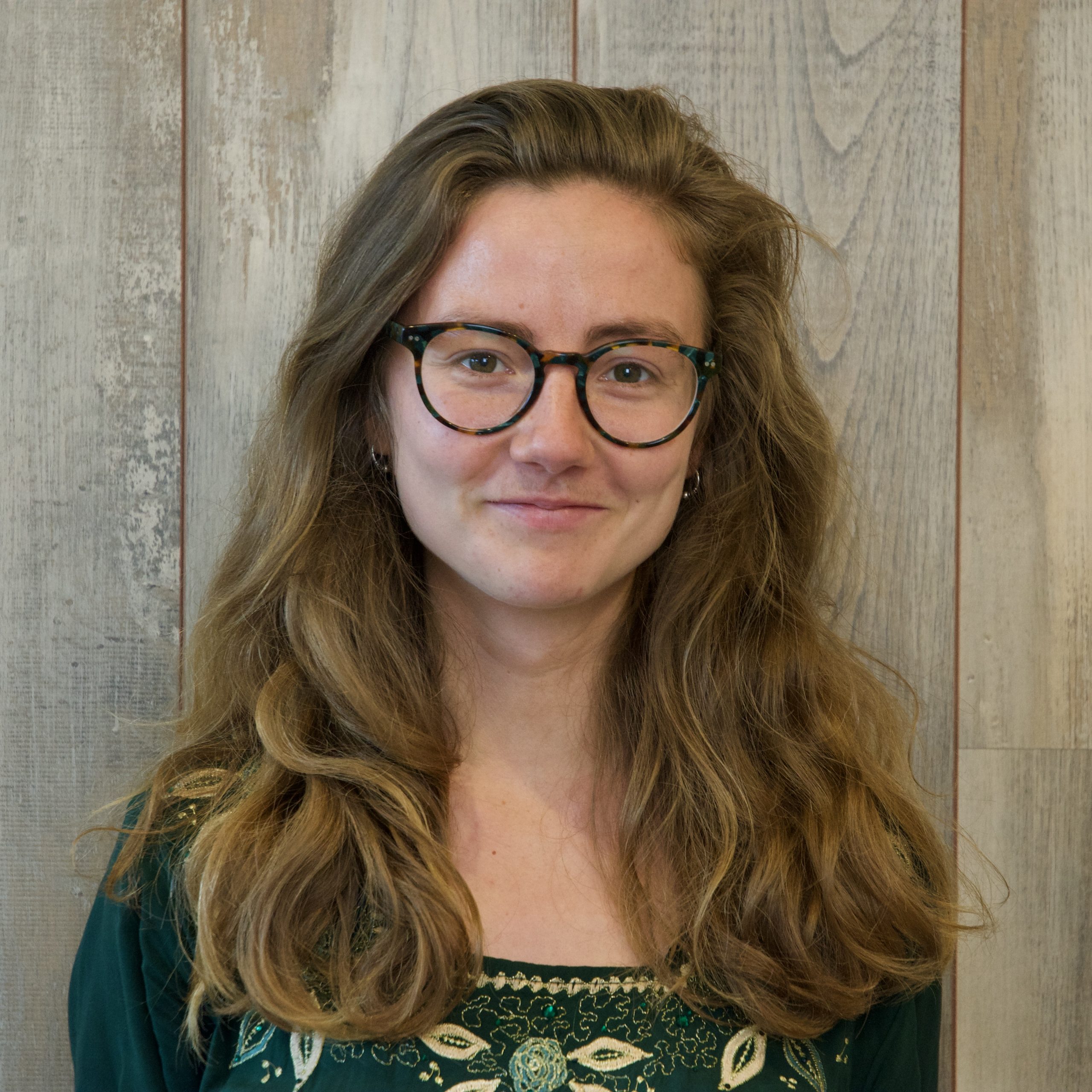 Natalie is 25 years old and works as a Community Builder for Startblok Riekerhaven. She studied ‘Docent theater’ (teacher in music) at Het Conservatorium van Amsterdam. Here she got educated to become a music teacher at primary and secondary schools and chose the specialization community music. ‘’It’s basically everything that has both musical and social goals. You learn how to use music to build a community.’’ Besides her job as a Community Builder Natalie is vice-president of Stichting Startblok Actief! since June ‘21. Helping the president of the foundation and coming up with ideas for activities are amongst her tasks as a vice-president. ‘’I wanted to join the foundation to become more involved with Startblok and to make this a better place. When the rules regarding Corona were more strict, there wasn’t happening a lot, but now we are allowed to do more stuff again and we can slowly get back on track.’’ In her spare time Natalie is mostly busy with learning Arabic. ’’I’d like to work in the Middle East, in countries like Palestine, Jordan and hopefully some day in Syria. But if you want to reach everybody and not only the educated people who live in the big city, you have to learn how to speak Arabic. If you don’t speak Arabic, you’ll always need an interpreter and the true message will be lost in translation.’’ Natalie started learning Arabic when she was in Bethlehem and continued her classes at Taalhuis Amsterdam. Now, 3 years later, she speaks Arabic well. ‘’It’s easier to learn Arabic here and I really like the fact that I have so many Arabic neighbors whom I can always ask for help. It’s also useful that they sometimes want to learn Dutch and we can help each other.’’ Before Natalie started working at Startblok, she went to Palestine 2 times to participate in an orchestral program for children in refugee camps. She worked as a coach for the teachers in the camps. ‘’In these places there usually isn’t a possibility to follow an education, so I was there to coach the teachers. Before I went there I already knew that this was the kind of job I wanted to do, but after I came back I was sure. I did the same job in Greece, in a refugee camp for Yezidi’s.’’

Natalie started living at Startblok Riekerhaven in February this year. She heard about our project when Het Conservatorium van Amsterdam did a musical project here. ‘’I already wanted to live here back then, but every time I came back from Greece or Palestine I needed a home real quick. So it didn’t work out. But then I saw an advertisement from someone at Startblok who was looking for a flat mate. I recognized the address and immediately sent a message.’’ The thing about Startblok that Natalie likes most is living together with people from other cultures and the idea of building a community. ‘’I’m getting to know more and more people and there’s always someone who wants to have a coffee or go for a walk. I like living in a place where I know a lot of people, it gives me a feeling of safety.’’