Startblok is built at the former location of sports complex Riekerhaven. Because of this, there is plenty of space surrounded by many trees; a unique aspect for a place in Amsterdam! Between the housing blocks there are two large outdoor areas that belong to Startblok. This gives plenty of opportunity for recreational activities.

Startblok is surrounded on three sides: by the metro rail, the train tracks and two highways. To the North and East of Startblok are business areas. Because of this, Startblok is somewhat secluded! The closest neighbours live about 500 meters away so they won’t be annoyed by outside activities. Also, not far from Startblok and on the grounds of Startblok several big festivals took place! 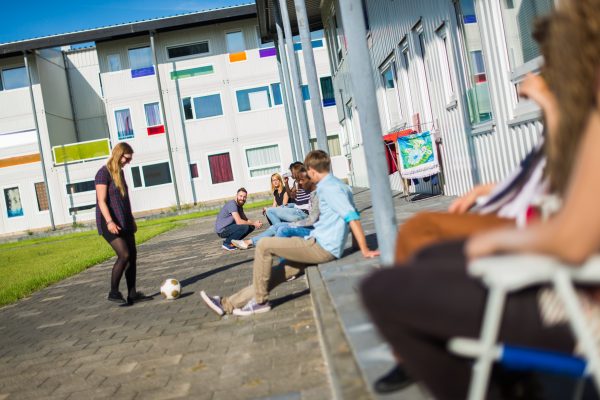 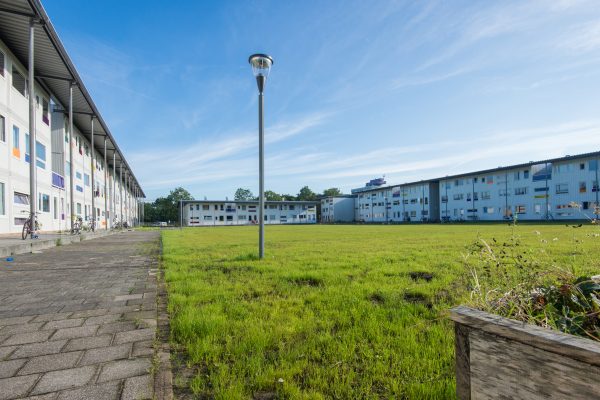 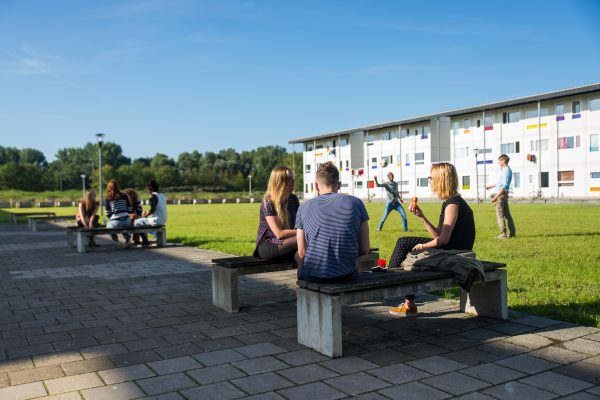 Houses of the district

“The most important aspect of Startblok is that youngsters with different histories, knowledge and talents are brought together with the same goal: creating a good place to live and where you can personally grow.”